Building on a pandemic-fueled trend, brands including Brinker, Denny’s and Applebee’s expand off-premises dining with new ‘virtual’ concepts that are churning sales and fattening profit margins. 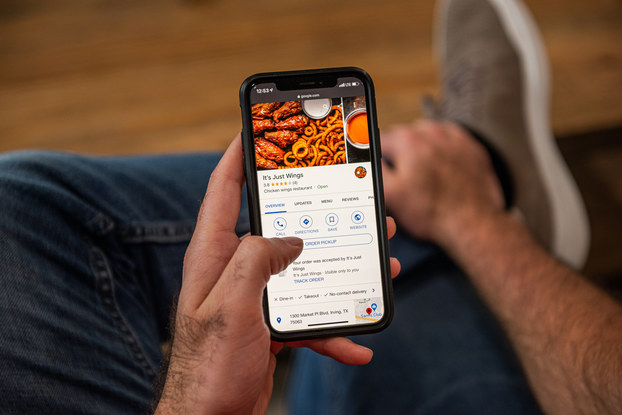 One of the most successful restaurant brands of the past year didn’t even exist before the pandemic — and in some ways, it still doesn’t — at least not as a brick-and-mortar chain.

It’s Just Wings, a concept created by Brinker International, parent of the Chili’s Grill & Bar and Maggiano’s Little Italy restaurant chains, is an example of a virtual restaurant brand available for delivery only and lacking any physical storefronts other than in the digital realm of apps such as DoorDash and Grubhub.

Virtual restaurants saw tremendous growth in the past year as consumers gravitated toward delivery of restaurant meals during the pandemic. This represented an acceleration of the trend toward off-premises dining that had already been gaining momentum before 2020, and is expected to continue, although at a slower pace than last year.

“It’s unlikely that digital ordering will grow at the same pace it has during the pandemic once restaurants fully open, but it’s table stakes for restaurants now,” said David Portalatin, NPD food industry advisor. “Digital ordering is all about elevated convenience and ease, and that’s what makes consumers tick.”

At Brinker’s It’s Just Wings delivery-only brand, the menu of wings and side dishes, produced in the kitchens of Chili’s restaurants, is on track to generate $150 million in sales in its first year, the company’s president and CEO, Wyman Roberts, told analysts and investors in a recent conference call.

“We believe takeout holds a lot of potential for us,” he said. “We’ve learned a lot this year with the launch of It’s Just Wings that we’ll leverage when we’re ready for our next virtual brand.”

Other large restaurant chains have followed suit with virtual brands of their own, often offering simple menus that leverage the existing ingredients, labor and equipment already found in their restaurant kitchens. These new virtual brands include concepts such as The Burger Den, a delivery-only burger restaurant operated by Denny’s; Pasqually’s Pizza & Wings, a pizza-delivery concept started by the Chuck E. Cheese chain; and two wing-delivery concepts from Applebee’s Neighborhood Grill + Bar: Neighborhood Wings and the newly launched Cosmic Wings.

“I think it’s an incredible growth opportunity for restaurants right now,” said Alex Canter, founder and CEO of restaurant technology firm Ordermark and its Nextbite division, which offers a stable of chef-driven virtual brands that restaurants can add onto their existing operations.

“There’s a massive opportunity to leverage the fixed costs that are already a part of running your restaurant,” he said. “The rent is the same, the lights are already on and the staff is already in the kitchen.”

There’s a massive opportunity to leverage the fixed costs that are already a part of running your restaurant. The rent is the same, the lights are already on and the staff is already in the kitchen.

Canter, who is also a fourth-generation owner of the iconic Canter’s Deli in Los Angeles, first experimented with a virtual brand in 2018 by creating Grilled Cheese Heaven, a delivery concept that could be produced from the kitchen of Canter’s Deli with minimal disruption. The brand was soon tallying 30 online orders per day with multiple sandwiches per order and generating about $250,000 per year in incremental revenues for the restaurant.

With no additional costs other than the ingredients, the concept was yielding 30% profit margins, even after the hefty fees paid to delivery companies. That compares to a benchmark profit margin target of 3% for Canter’s overall, he said, and it is much higher than the restaurant industry in general.

Virtual kitchen marketplace Nextbite now manages a roster of 15 virtual restaurant brands offering simple, highly deliverable menus that can be added onto existing restaurant operations, including Firebelly Wings, Monster Mac, Miss Mazy’s Amazin’ Chicken and others. Its concepts are available in more than 1,000 restaurant locations around the country.

Nextbite offers the virtual brands to restaurant operators through what Canter described as something akin to a “sub-licensing” agreement, through which the host restaurants earn a percentage of the sales generated by the virtual brands. Nextbite retains a portion of the sales to fund its overhead, which includes securing favorable placement for the brands on third-party delivery apps and marketing to consumers in the area where the brands operate.

The company trains its restaurant partners to execute the concepts, and then conducts mystery shopper inspections to ensure they are adhering to brand specifications.

Nextbite’s most recently created virtual brand, HotBox by Wiz Khalifa, seeks to leverage the star power of the musical artist to help generate buzz around the concept. It offers a menu of crave-able items including wings, fried chicken sandwiches, macaroni and cheese and burgers, all within a “stoner” theme that seeks to satisfy consumers who have “the munchies.” 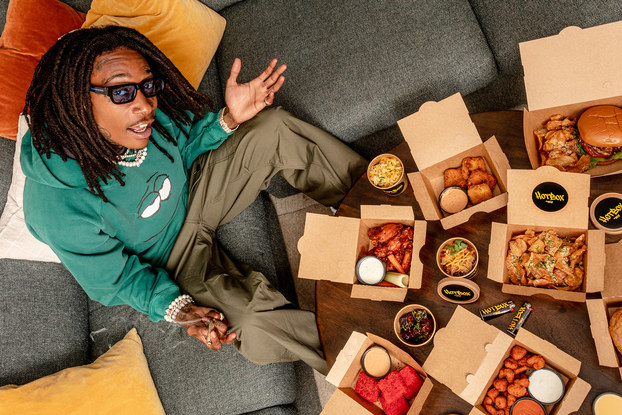 Canter said HotBox and other virtual brands present opportunities for smaller, independent restaurants in particular to capture a bigger piece of the growing pie for restaurant delivery, and also to gain customers that they might not have reached otherwise.

“They basically just have to carry a couple of extra ingredients, and they can turn on this whole new restaurant using the restaurant they already have,” he said.

In some cases, the virtual brands are outperforming the host restaurant’s pre-existing delivery business, he said, as consumer clamor to have the variety and quality of these new concepts delivered to their homes.

“Convenience is not a trend,” said Canter. “It is something that is here to stay.”

Heightening convenience: ‘Guests will continue to expect technology to bring enhanced value to their dining experience’

Other established restaurant companies are banking on that principle for their future as well.

“We believe guests will continue to expect technology to bring enhanced value to their dining experience, whether in our restaurants or through off-premise options at our well-established Denny’s on Demand platform or our new virtual brands,” said John Miller, CEO of Denny’s, during the company’s recent first-quarter earnings conference call.

Denny’s executives said The Burger Den virtual concept, which the chain introduced in January, has helped generate incremental revenues during off-peak times for the chain, including during dinner and late-night periods, while leveraging existing labor and other costs. The concept has been adding about $900 per week in sales per restaurant, with profit margins in the mid-20% to low-30% range. It has since been joined by another virtual sandwich brand called The Melt Down, which Denny’s recently launched through an exclusive partnership with DoorDash.

A recent report from mobile app marketplace and research firm Business of Apps estimated that U.S. restaurant delivery apps such as DoorDash, Grubhub, Uber Eats and Postmates would see their collective revenues increase nearly 60% during the next five years, reaching $42 billion in 2025, even though the trend will likely cool off to some degree.

“The introduction of platform-to-consumer apps to more second- and third-tier cities in the U.S. will add more potential revenue capture in the next few years,” the report concluded.