The Art of Running Multiple Concepts Out of One Kitchen – QSR

How are operators managing it without the wheels coming off? 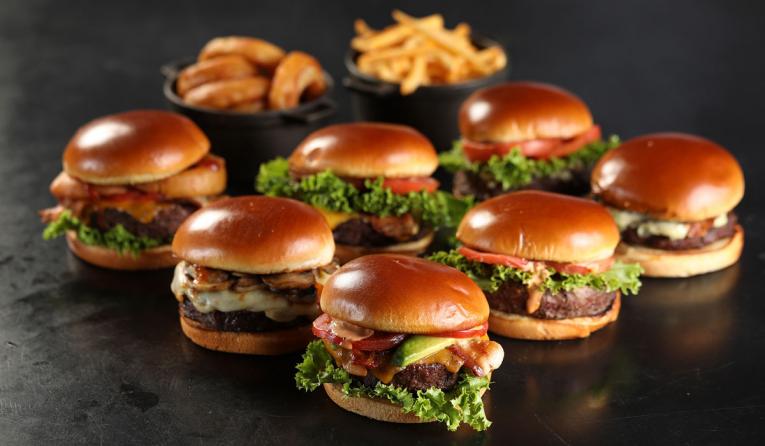 Nextbite is one of the platforms helping restaurants win the virtual game.

It’s not enough to operate a restaurant these days; many operators are running several, all under the same roof. As restaurant owners welcome ghost concepts into their kitchens, some are going all in and operating several.

Jim Garofalo operates 12 virtual concepts out of The Goddess and the Baker, a fast casual based in Chicago. All of them come from delivery-only brand Nextbite, and range from Monster Mac to Miss Mazy’s Amazin’ Chicken to Firebelly Wings.

Garofalo resisted the idea of having ghost concepts at first; after all, overseeing the marketing, procurement, SKU storage, ordering platforms, and all other aspects of the virtual brands is a lot of work for one brand, let alone 13. But he says he hasn’t had problems, largely “because there’s a lot of overlapping—the brownie is the same from one concept to the next, the cookie is the same, so it makes it much more manageable.”

There’s also a lot of crossover in ingredients and prep, he adds, so storing product hasn’t been an issue. “We were probably using 25 percent of the product anyhow—plus our own business is down so much,” he says.

There are other ways the kitchen stays streamlined. All orders print in the same place, and recipes are easy to create. Nextbite even recommends ingredients for Garofalo to buy from suppliers he already uses. Customers can only order from one virtual brand at a time, so tickets don’t get too overwhelming.

Having these virtual brands is also helping Garofalo’s own brand, he says, as he is able to sell his cakes along with an order for entrées from Nextbite’s brands. He also drops the menu for The Goddess and the Baker into all to-go bags, so it effectively becomes free marketing for him.

Nextbite takes 45 percent of sales from its brands, and about 30 percent goes to the third-party delivery companies, Garofalo points out. To cover that, he’s raised the prices on his own products slightly “to help compensate on some of the fees.” He hasn’t had to hire any new employees to handle the increased volume.

Garofalo says he makes about $20,000 per month from the 12 Nextbite brands, which he’s pleased with. “I think we can all agree that this is all younger consumers know now,” he says. “Ghost kitchens and delivery are targeted at the 20–35 age group, and they are a driving force.”

He adds that Nextbite has been easy to work with and flexible with things like packaging, to make it all work with The Goddess and the Baker’s needs. “Nextbite needs, and wants, the restaurateur to be successful, and if they make the restaurant owner include a lot of extra inventory not on their regular menu, it would make the concepts very difficult to execute,” he says. “Nextbite worked with us to use our to-go packaging.”

What’s key, he says, is the overlap between the brands. Even visually, they have similar iconography and style. “It’s clear they’re all part of the same family,” says Noveshen, Starbird’s founder and CEO.

For example, the Starbird Salads menu features the same salads as those sold in the Starbird stores, plus another couple of unique salads “to give it a broader footprint.” And on the non-food side, the company uses a green wrap for Gardenbird sandwiches, which also works as a liner for its tender box under the same brand. “We think about what is most impactful,” Noveshen says.

The problem operators can run into, he says, is if they run disparate brands such as sushi, burgers, and fried chicken, meaning there’s not enough ingredient crossover. Virtual concepts should be engineered effectively to complement the existing operations, he says.

Offering items through different and specific brands, like wings and salad, helps Starbird optimize the SEO on the third-party delivery companies’ websites, Noveshen says. Starbird Salads would come up with a search for salad, for example. Starbird brick-and -mortars would come up, too, but further down the list. “It ensures we get greater traction,” he says.

Despite the crossover, each brand is fully developed to stand on its own. Each has a website, logo, positioning, and social media. “You have to build these brands out as much as you would any brand,” he says. “It’s not ‘build and they will come.’ If the barrier to entry is low, you’d better stand out.”

Larry Reinstein is the president of LJR Hospitality Ventures in Dallas. He believes ghost kitchens are going to continue haunting brick-and-mortar restaurants for some time to come, even after the pandemic is behind us.

“There will be winners and losers,” he says. “If you’re an operator and there’s an option for you to do incremental sales out of your restaurant, I think it’s a win. People who strategize well and know how to market and are doing it out of their own locations, they’ll do well.”

The operators who succeed, he adds, will do an excellent job of marketing, especially through the third-party delivery companies. “The more creative and the more noise you make, the more successful you’ll be. But if you don’t market, building and maintaining sales may be a major challenge.”

Reinstein expects there to be fewer ghost kitchens after the pandemic as customers return to restaurants and eating inside. Operators, he says, would be wise to keep their focus on the foundation of their business. “I want to see people maximizing their primary concept,” he says, “because if that’s not successful, the ghost concepts won’t save you unless you convert to ghost kitchens completely.”